At one point the ‘…AT NIGHT’ postcards were so popular that you could travel almost anywhere in the country, and across other countries as well, and find a version for whatever location you were in. Many different companies had their own version of the ‘…AT NIGHT’ postcard design, many were just plain black with the location in white text, but ‘J. SALMON’ had a design which included a sliver crescent of the moon, which added a little more to the basic idea.

Each postcard for each different location had its own reference number, but I do not intend to record them all here as it would take some time to do this. Also, rather than show each individual design in full I have decided to overlay six cards at a time for scanning, which means that you can get more locations without having to move down the page to much.

Lastly, am I the only idiot who collects these? I am sure people have sent them, in fact I know they have as I have seen lots of posted copies, but has anyone else put together a collection of these cards? 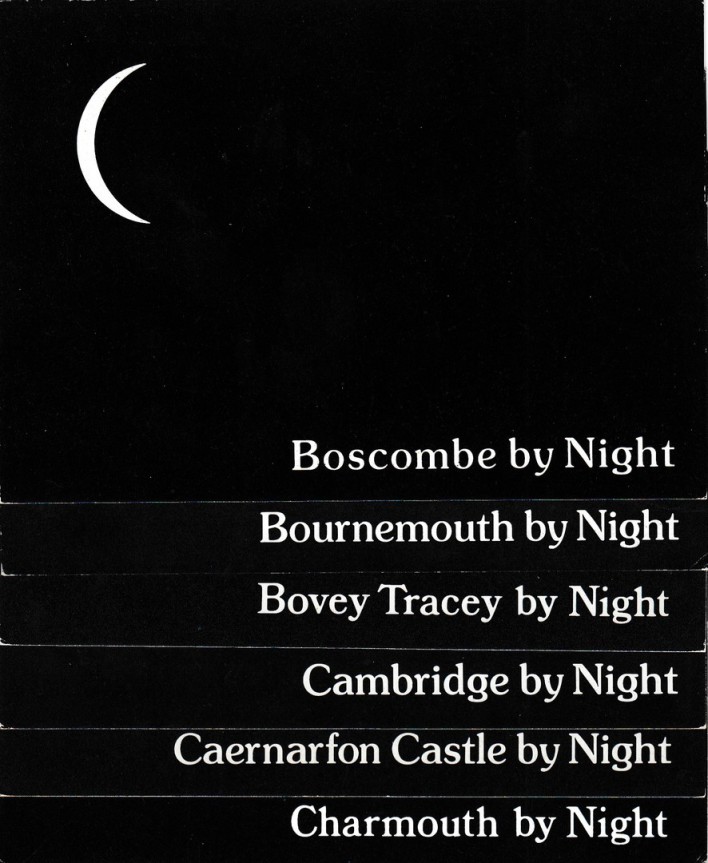 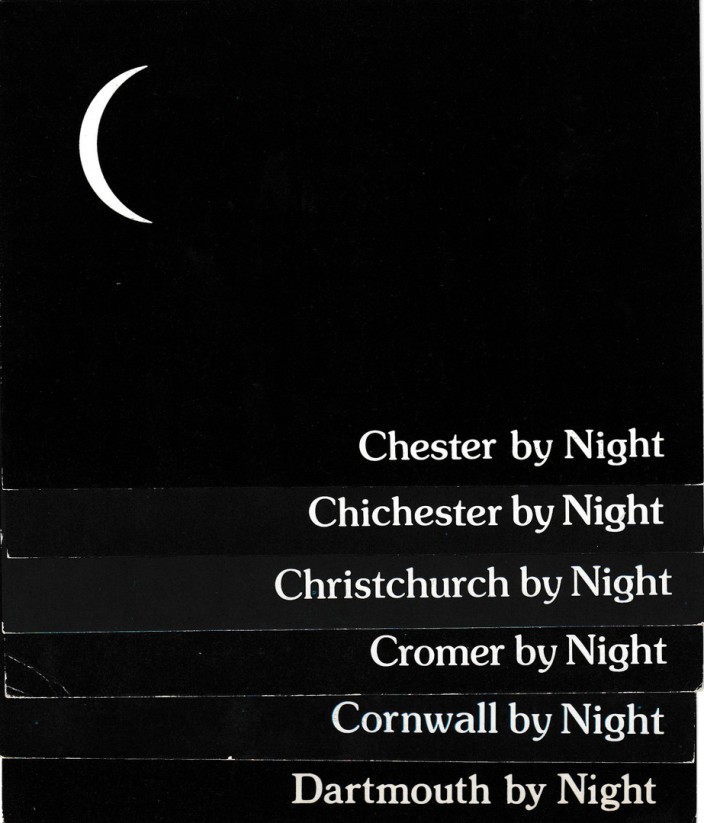 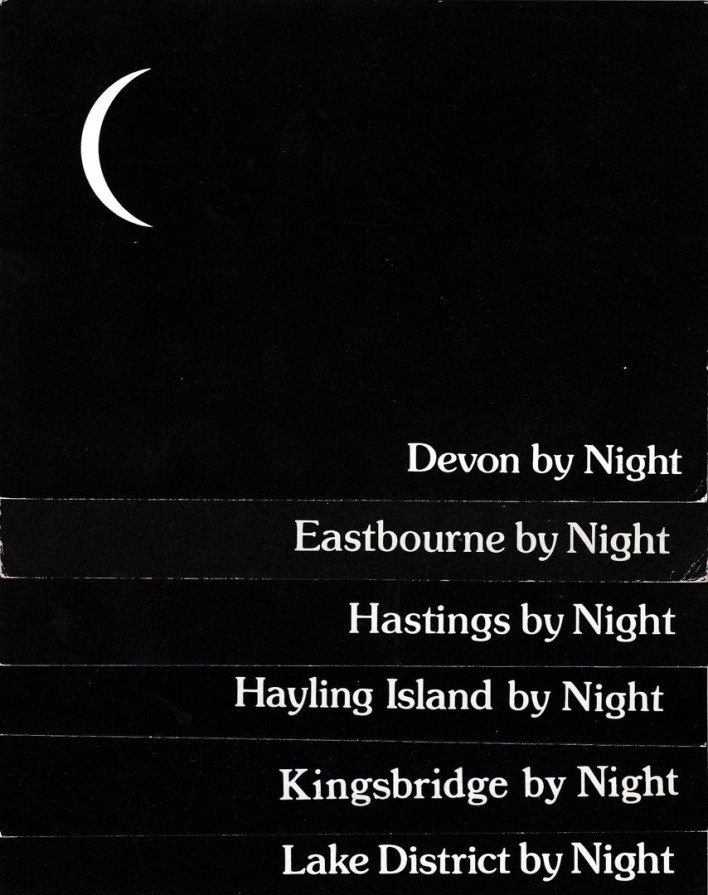 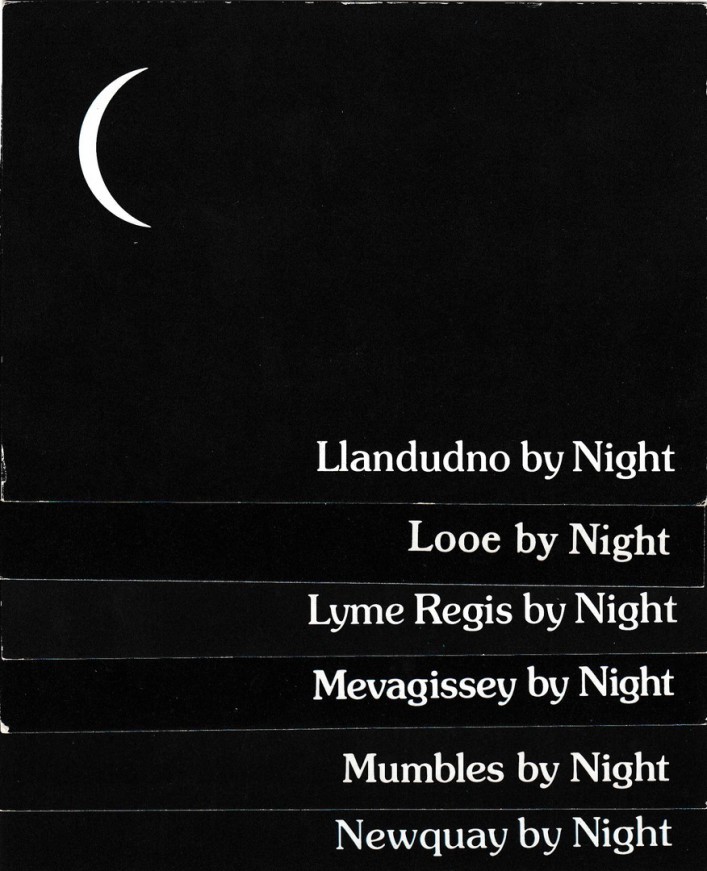 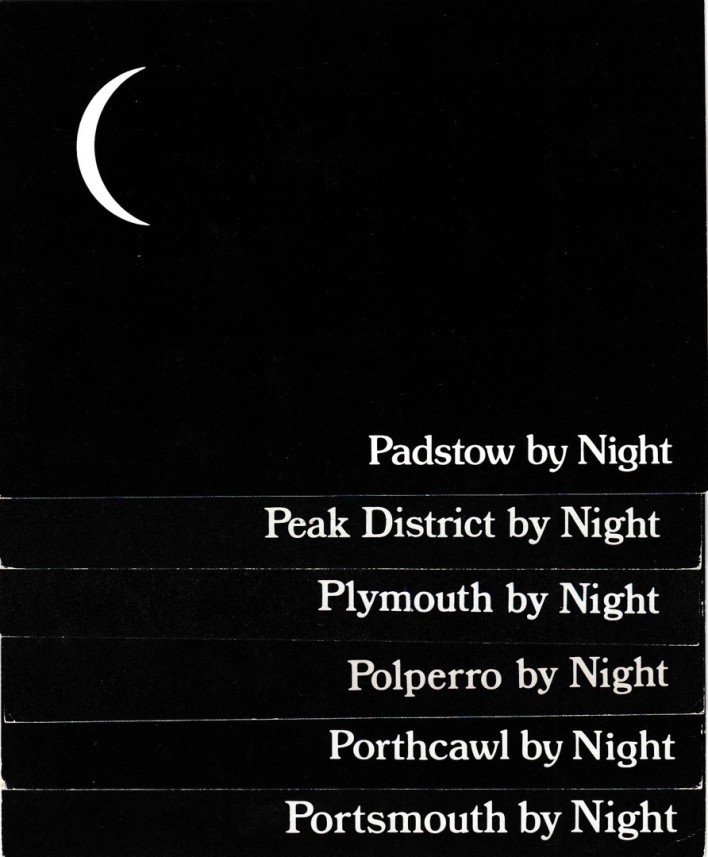 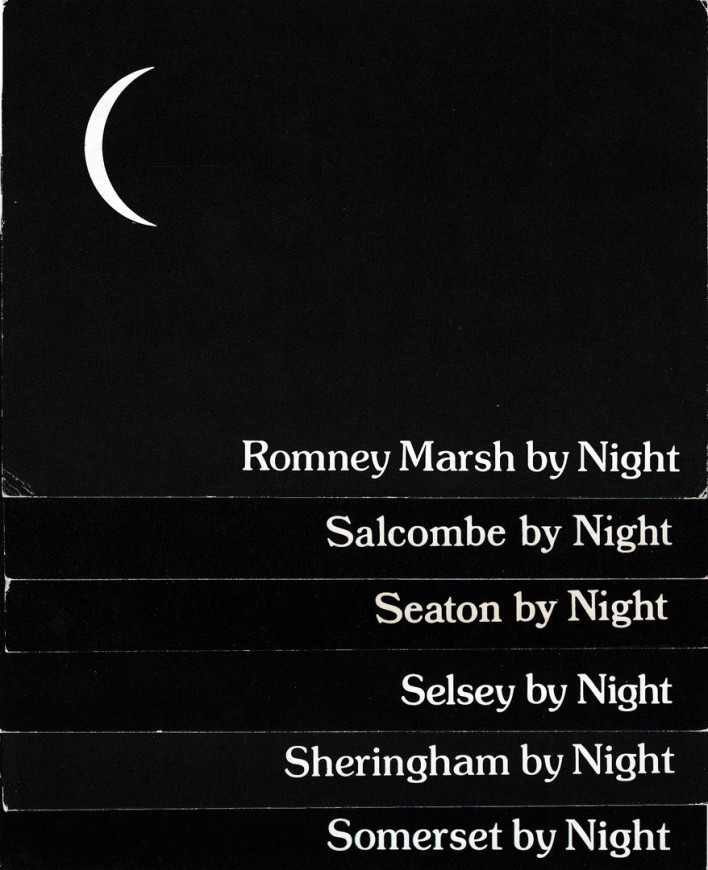 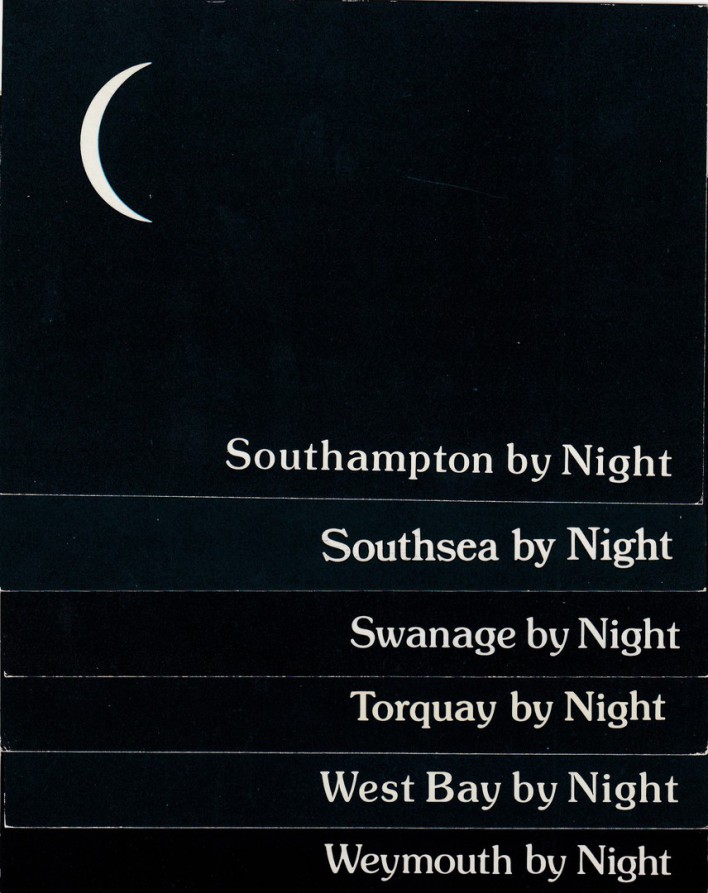 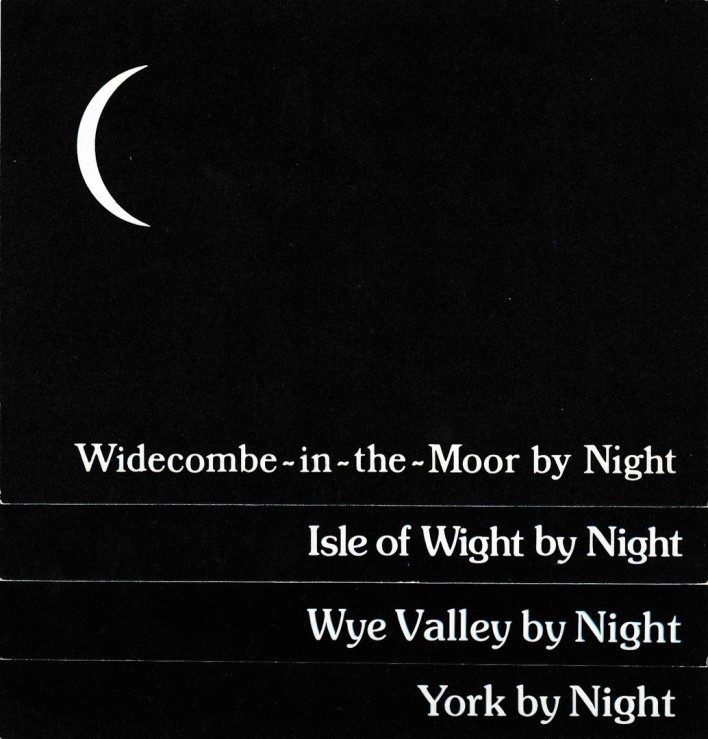 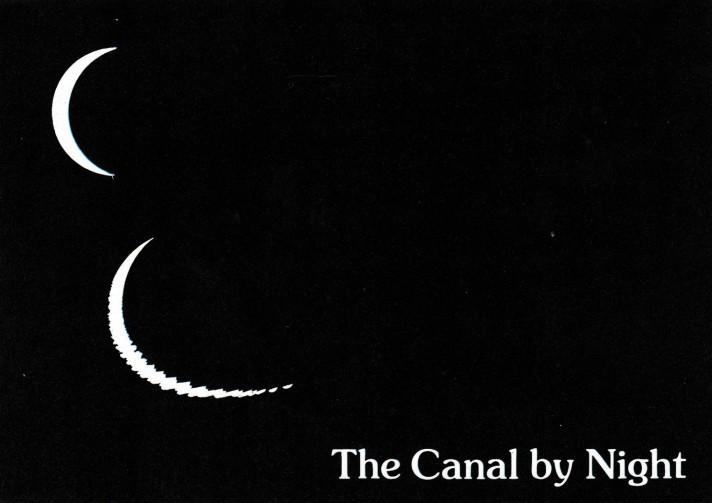 THE CANAL BY NIGHT

This version, and the one below uses the reflection of the crescent moon as an addition to enhance the general idea just a little bit more. It is, therefore, another version of this basic crescent moon issue. 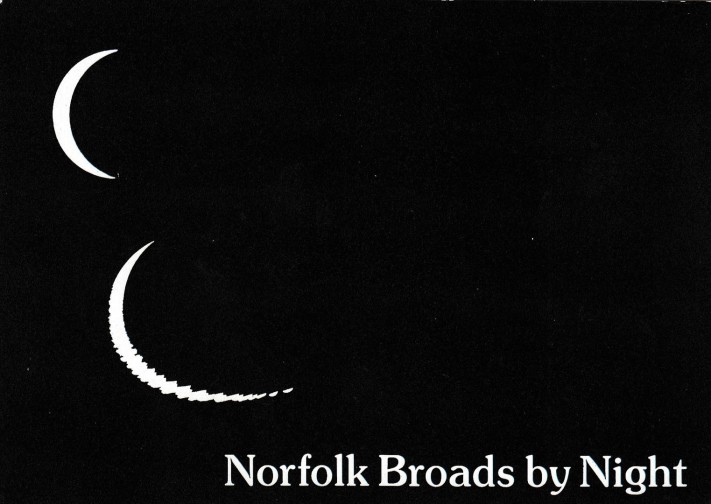 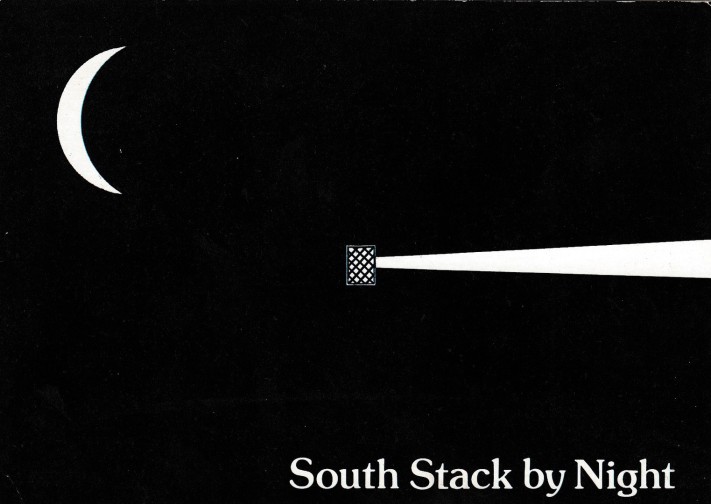 This one takes advantage of the fact that there is a lighthouse at this location, so, obviously you need to show the light and beam which comes from the top of this lighthouse on the design. It is another adaptation of the basic design. 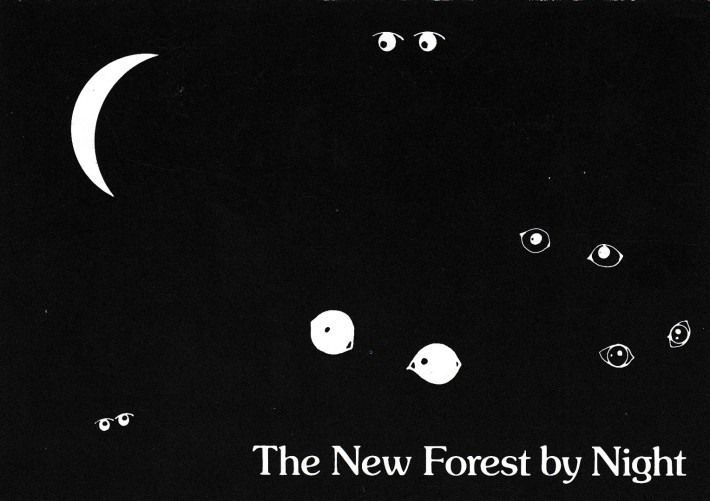 THE NEW FOREST BY NIGHT

This idea of the shine you get from animal eyes at night was used for a few locations which have a wild element and where critters might be seen. It is yet another adaptation of the basic ‘… BY NIGHT’ design, one which I do like.